An Internet where nobody knows where you are connecting from 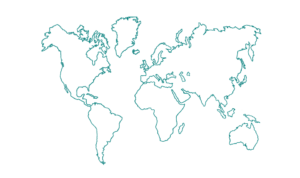 Can you imagine a world in which, when you connect to the Internet, no one knows which country you are doing it from? This is, that the providers of the web pages were forced to not be able to discriminate what content to show to you depending on the country from which you are connecting. From my point of view, it would be fantastic and would bring us closer to the true logic of how and why the Internet was created.

What consequences would this have? Above all it would be in the provision of digital services. In the products, although during the purchase process manufacturers could not discriminate and show you different prices depending on the country and the local currency, as in the end you will need to send the product physically to somewhere, at that time they could apply a differential of price.

But in digital services, it would be a whole new story. The consequences would be numerous. Some examples.

First, in the broadcast of content (films, series, live programs, etc.), the chains and owners would not be able to discriminate by country. Internet would be a unique worldwide. If I am going to broadcast a football game online I will broadcast it for the whole world and not just for certain countries. It could be that, simultaneously, in one place in the world, you could see that match in 10 or 20 different websites, each of the televisions that are broadcast live on TV and the web. Everyone would have access to all TV channels, radio, etc. of the world always.

Second, and linked to the previous point, all services would have to be available at the same price and at all times for everyone. If Netflix is ​​on the Internet, it is for everyone and at a single price and with the same catalog of contents.

Thirdly, they would have to change, as a consequence of the above, the way in which digital contents are sold, since, as soon as they are placed on the the Internet, it would be available for the whole world and not only for certain countries. Due to this, also, the launching of new chapters of series or of films would be done simultaneously at world-wide level.

In short, as if we always navigate with one of those extensions of the browser that allow you to hide and / or change the country from where you are browsing. But this would be the normal way to navigate, not something exceptional. An Internet without frontiers between countries. A unique Internet for everyone. A dream that will not come true, probably.

(Sorry for the quality of English, the entry has been posted using Google Translate)

← And, in the end, SPAM will kill email
Extending the scope of hotel client reactions to employee injustice: Hotel employer reviews on the Internet (published article) →