(Please take into account that this entry was translated with the help of Google Translate. Maybe the quality of English is not the best…) 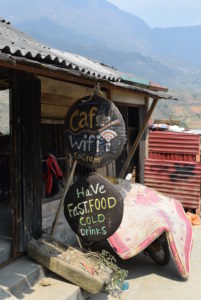 During March and April 2016 I had the opportunity to spend a month in Vietnam, working at the National Economics University of Hanoi, as part of the IMPAKT project in which the ULPGC participates; a project which, in turn, is part of the Erasmus Mundus program.

Many positive things caught my attention that I would qualify as wonderful country: its people, as friendly as posible; safety, physical and food; very reasonable prices for a European; natural tourism resources at its disposal, some of them world-class; the absence of extreme poverty, or at least the perception I had, and was able to visit many different places. 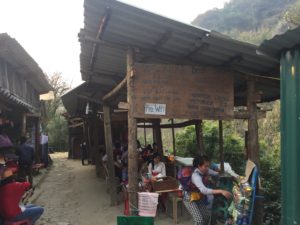 But above all this, I was very positively impressed on how well prepared technologically the country is (the concept named technological readiness or networked readiness; an index in which, by the way, Vietnam does not really appear very high, it must be said).

What I experienced while I was there was this. On one hand, and as expected, the use of technology by the population is similar to what one would find in other more developed countries: young people hooked to their smartphones, fairly new computers everywhere, projectors in all classrooms, etc. 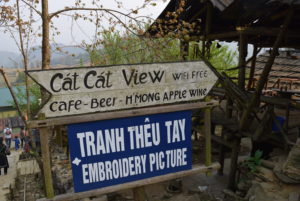 On the other, and this is perhaps a bit more surprising, cheap and available connectivity everywhere. As can be seen in the pictures that illustrate this post, there was free WiFi in absolutely every place you went into. I did not find a hotel, apartment, bar, restaurant or cafe, as small and simple as it could be, that did not have free WiFi for customers. Even in places that only had two tables and a small refrigerator in the middle of the mountains.

Also, getting a SIM card was extremely simple, it took less than 5 minutes and a couple of scratch prepaid cards to have an operating line and more than 1 GB of data for a month for less than 10 euros. Of course, it must be said that the process is all in Vietnamese, that is, that without the invaluable help of my colleagues from NEU it would have been impossible to carry out the process.

Finally, and I guess due the type of government, they had phone antennas installed everywhere, so the 3G coverage was excellent wherever you went, which is also appreciated. Because maybe worth remembering that, for now at least, there is no evidence that links antennas and any type of illness.

Curiously, and despite these facilities for connectivity, the prices of technological devices were similar to those we pay in Europe. But the average salary in Vietnam is much lower. And yet, the iPhone and last generation laptops were very common.