And, in the end, SPAM will kill email 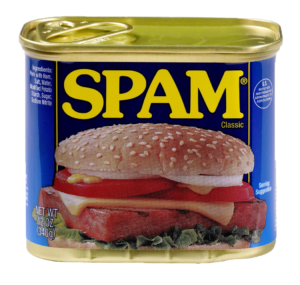 (This entry was translated using Google Translate, sorry for any possible mistakes)

For many years, we thought that spam, junk mail, would one day kill email. Some statistics indicated that more than 90% of the emails that were sent worldwide were spam. The arteries of the network were badly congested by junk mail. But with increasingly powerful machines and networks, the reality is that the increase in the number of junk mail was assumed without major problems.

But, in the end the junk email is killing the email in a more subtle way. Due to the massive influx of spam, all mail systems already have some type of spam manager. Some are better, some are worse. But, in general, they are all capable of handling junk mail, so it is less frequent that you get a spam message in your inbox.

The problem lies in false positives. Messages that the system thinks are junk but they are not, and because of it, they land in your your spam box when they are perfectly valid emails. The worse the management system, the more times it will make mistakes of this type. Start an e-mail saying “Dear Sirs” and you already have a ticket for your mail to be tagged as rubbish. Put in your signature a link to your own blog or website or project in which you are involved and again you have won some points. Send an email with an attachment, more points. Send the mail to several people from different domains, points go for your email. Of course, if you send an email in which you combine several of the above issues, you have almost all the odds for some basic spam management system to take your mail and send it to spam.

And in this way, step by step email is dying. Simply because, if there was something wonderful about email in its origins, it was almost the absolute certainty that what you sent arrived to the recipient. There were people who used to call you when they sent you an email to make sure you read it, but it really was not necessary. It always arrived. Whether you saw it sooner or later or it would take you more or less to answer, that was another matter. But it would always arrive.

No longer. Every time you send an email and you do not receive a reply you have the same doubt: did it really arrive? It is becoming more frequent to send a WhatsApp to confirm the arrival of an email. Next time, you send the mail by WhatsApp. And in this way, slowly, email is dying because it is less and less reliable. What a pity that the greed of some has destroyed one of the best tools we have (had).