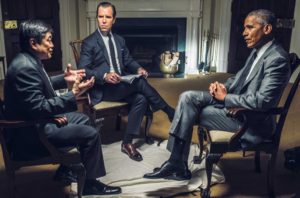 A different perspective on the Singularity Point. How IT is substituting jobs in the service sector

The organizers of the 9th Multi Conference on Computer Science and Information Systems 2015, that is currently taking place in Las Palmas me invited my to deliver a keynote. I have shared the slides I used under the title “A different perspective on the Singularity Point. [Seguir leyendo...]